Yay! Gangster Country is out. eBook available here, print book available tomorrow. So for my release day post I give you another snippet from the story!

In this snippet Gianni has stolen Logan off into hiding in a house in Queens while they are waiting to figure out how to get Logan safely out of New York. Logan's reeling from recent events and Gianni is trying to keep it together and protect Logan. But Logan wants answers... 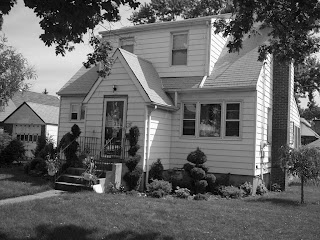 Logan must have realized he was no longer alone, because he turned his head and blinked his eyes a few times as he focused on Gianni.
“Hey, Gi.” It was so quiet that Gianni almost didn’t hear it, but goddammit did it hurt to hear.
He couldn’t stop himself from responding as he had for a long time now. “Angel.”
Logan’s breath shuddered, and as he closed his eyes, Gianni saw tears slide down his cheeks. Fuck. He wanted so badly to touch Logan. He’d never wanted to shield someone from the world like he did with Logan. Logan was no innocent, regardless of the pedastal Gianni put him on, and he was no child, but Logan still wanted to wrap him in his arms and apologize for the world being such shit. He wanted to apologize for hurting Logan so badly, but he knew he no longer had that right.
“Gianni?” Logan asked, voice still shaking with tears. Gianni moved into the room.
“What’s up?” I’ll do anything. Anything you need. He swallowed the words, though.

Logan didn’t want them. When Logan didn’t answer, Gianni said, “I’ve got Chinese if you’re hungry. I got you General Tso’s chicken and some wontons.”
He choked up when Logan smiled sadly, his eyes still closed, and mumbled, “’Because I eat like a picky kid’.” Gianni said that every time they got Chinese, and Logan ordered those same dishes because he really did eat like a picky kid.
“Want me to bring it up to you? You can just eat in here.”
“Sit down, Gianni.”
Gianni didn’t know what to do. There was only the floor and the bed, but he wouldn’t deny the man something right now. He couldn’t find it in himself to keep playing the hardass right now, though now he should do it more than ever. He went over and started to squat, but Logan scooted over on the bed. “On the bed, dumbass.” Gianni obeyed.
“You really are good at taking orders.” Gianni winced at the venom in Logan’s words. Logan let out one of the sighs Gianni knew so well, before scooting up into sitting position and clearing his throat. He wiped his eyes and trained them on Logan. God, the man was devastated and obviously fucking exhausted.
“I’m gonna ask you some questions and you’re gonna be really fucking honest with me, okay?”
“Logan…”
“No, you’re gonna help me understand. Your cousin was here defending you like a bulldog while my heart is bleeding all over the floor, the least you can do is answer some questions to help me understand why I should listen to a word she had to say.”
“You shouldn’t,” was all Gianni said before getting up to walk out. There was no defending him. Wendy had been blinded by her love for him, as she had been for Erik. Some people just weren’t defendable.
“Gianni, come back here!” Gianni didn’t listen, just continued walking until Logan suddenly grabbed his arm and manhandled Gianni with a strength Gianni had only seen a couple times in bed. The man was fucking angry but so beautiful as he threw his weight into shoving Gianni against the bedroom wall. Logan was always in such a good mood that Gianni had so easily forgotten the man was his equal in physicality.
“Don’t walk away from me, dammit. Not now.” Gianni was glad Logan was angry.

Logan should stay angry. That was how he’d get through all this crap. Anger was better than hurt.
Logan levelled Gianni with his gaze. “Would you stop playing martyr for a minute.”

Gianni scoffed. He doubted he’d call himself a martyr under the circumstances.
“I’m just being honest. That’s what you wanted. She’s family. She took up for me. You’re not, you don’t have to and you shouldn’t listen to her.”
“Why?”
Gianni pulled himself up to his full six-foot-two and towered over Logan’s five-feet-ten frame, snarling, annoyed that Logan didn’t seem intimidated in the least. “Because I fucking kill people, Logan. I’m feared. I’m the second in command of Los Cuervos. You fuck with me you end up dead.”

Hope this was titillating. So don't forget to check out Gangster Country. Available in eBook and print.