Yay! Trouble & the Wallflower is now available for pre-order over at Dreamspinner Press. I'm so stoked for y'all to finally meet Gavin and Davy! Over the next few weeks I'll do some Seven Sentence Sundays to gear up for the release. Until then, here's the cover and official blurb. 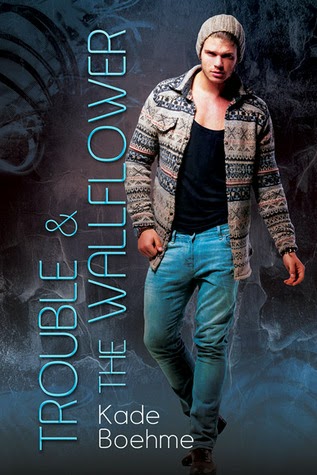 Trouble & the Wallflower by Kade Boehme

Raised in near seclusion by an agoraphobic mother, Davy Cooper’s social skills are almost nonexistent. Now that his mother has died, he needs to make friends for the first time in his life. He catches Gavin Walker’s eye, but the sexy, confident, bad boy hipster intimidates shy Davy so much that he throws away Gavin’s number every time he offers it.

When Gavin defends Davy from a rude guy, Davy begins to warm to him. However, with his limited experience, he thinks he and Gavin are too different, and anything more than a casual acquaintance will end in complete disaster.

How I'm going to handle the anticipation for this I still don't know, but it's obviously a very exciting time. Also will have more information for you all on my upcoming novel Where the World Ends that'll be releasing via Loose Id come March 11. It's gonna be a busy spring! Stay tuned for more info on giveaways, blog hops and excerpts! 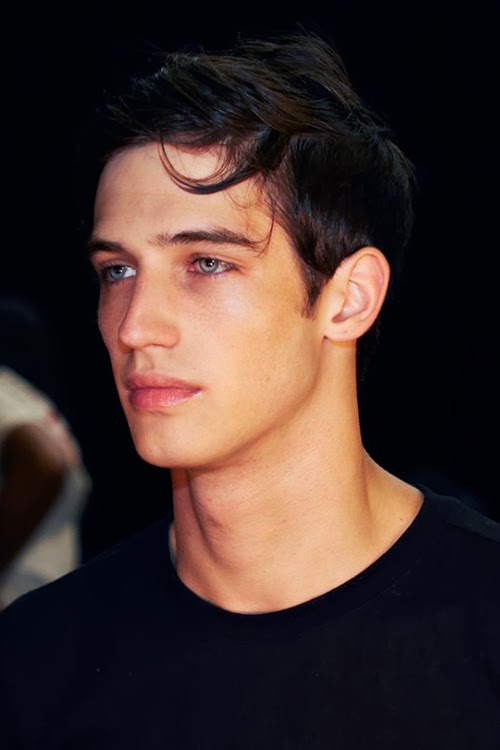 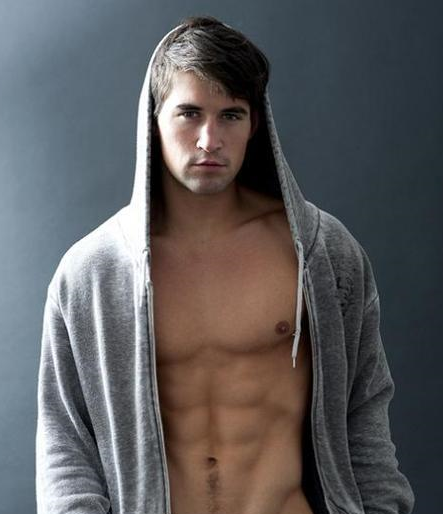 Photographer Riley Hammond felt bad when his buddy Ben is given the ultimatum to "go girl or go home". Riley himself hadn’t been too weirded out when he’d done a gay for pay scene back when he was still in front of the cameras, but, though he identifies as straight, he never had big hang ups when it came to sex. Riley wants to help Ben make in through the scene but they’re both thrown another shocker when Riley’s girlfriend is the studio’s actress chosen for the scene.

Ben seriously wishes he’d not given up that gold star, but he and Riley both find that something awesome can sometimes come from even the most awkward of situations.


This one has a tentative April release date. <3 Let's do this! Ohhh. And I warn that, yes the scene where he gives up the gold star is there and it's awkward. AWKWARD and there's viagra and fluffing and a connection between Riley & Ben that really sets the book on its way. So while it is detailed (because nothing is more awkward than the gay boy describing how that unwanted moment felt) it's not romantic or set up to entice.
Posted by Kade Boehme at 12:54 AM 2 comments:

Long time no see. Well, that's a lie. I see most of you daily on facebook and twitter so I don't feel too terribly guilty. I think that's why I'm such a horrible blogger. My life is lived out in real time in 140 characters or less.

I wanted to thank thank THANK everyone for all the success I've had with Gangster Country. My poor friends have to hear me have daily neurotic break downs in the lead up to a new release, convinced this will be the book that fails miserably and that I've completely misread my readers and they'll revolt and my heart will be so destroyed that I never write another book again. Okay, so I get it. That sounds really melodramatic. But that's seriously life with Kade when I'm releasing new stuff. I never set out to write a "best seller", mind you. But I do set out to write things people actually want to read. So when I get some of the amazing responses like I've gotten for Logan and Gianni's story, man it just makes me feel great and like maybe I'll survive the next release. Haha! So many many thanks. I'm working on their sequel right now, looking at a tentative May release.

The end of the holidays and working on a billion edits have left me totally all over the place. I'll blog soon about my WIP. It's in the typical 1/2 way mark holding spot where I go thru weeks of brain-farts and can't get it together until something pushes the story forward. I'm frustrated but can't be arsed to actually freak out over it because I have so much going on. Which is mostly what this post is about, but y'all know me: I have to ramble uncontrollably before I actually get anywhere.

So I've got some release dates for you guys! My new novel Trouble & the Wallflower is out in eBook and print at Dreamspinner Press on February 28th! Yay! I've been waiting for this one to release for a while so I'm SUPER freaking out but excited as hell. I know this will be available for pre-order so I'll have that link as soon as I get it.

Also, coming out March 18 is my other novel Where the World Ends over at my other publisher, Loose Id. This one is vastly different from T&tW so I'm not really worried about such close release dates because you get two very different stories. But of course this means I barely get over the trauma of one release day before the other is upon me. UGH.

ANYWHO. After that there's the release of Wood, Screws & Nails that I wrote with Piper Vaughn. That will be out in May at Dreamspinner Press.

Well, that's everything that's set in stone and I'll fill in any more deets as they come. Stay tuned for Seven Weeks of Seven Sentence Sundays! to get ready for the Trouble & the Wallflower release, as well as info on blog stops, giveaways and excerpts. I'll sneak in some Where the World Ends info too ;).