I Invited one of my fav people ever here. So LC Chase has written a few books (some of my favorites) and werked even more fabulous covers (including quite a few for me). I asked her a few questions and hope y'all enjoy... then go buy buy BUY her new book.

So, here goes one of my most favorite people ever: Ms LC Chase. 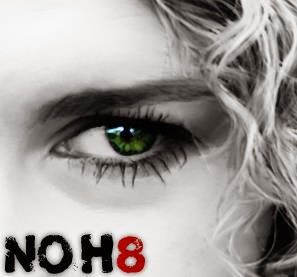 Why do you write cowboys?
First, probably because my oldest and fondest memories growing up involved cowboys in one way or another—be it learning all about horses and ranching from the neighbors when I was a munchkin, to staying up late watching spaghetti westerns with my Grandpa, to having horses of my own. More than that, it’s the whole mystique and allure of these strong silent types who tamed the Wild West. Plus, well-worn jeans over dusty boots…who can resist? ;-) What inspired you to get into MM? (I know. SO cliché)I’m afraid my answer is cliché too. ;-)  JR Ward’s Black Dagger Brotherhood series. What is your typical inspiration for a story?Hmm…. Not sure there is a “typical”. Sometimes it’s the lyrics to, or mood of, a song. Sometimes it’s a snippet of a scene in a dream. Sometimes it’s a comment made in passing. Sometimes it’s a photo. Sometimes it’s just my mind wandering while I’m out on the trails with the dog. Inspiration is an elusive and magical kind of thing. ;-) You have done some of the most popular covers in the genre. Do you feel being a reader influences your vision when it comes to that work?I’m not sure if being a reader influences me as much as being an artist does. One of the biggest things I want to know when I’m designing a cover is “what is the tone of the story”. Then I try to create a visual that not only draws the reader’s eye, but also conveys a sense of what they can expect to find behind the cover. Which musicians/bands inspire you most in your creative process, be it writing or covers?My music collection is rather eclectic so it’s hard to pick. I actually write a lot to movies scores. A couple of my faves are The Dark Knight and Spy Game—so emotive. Nine Inch Nails is good to write to sometimes. There are a whole bunch of bands and musicians with songs here and there that spur my creative muse, but overall it’s anything that evokes a mood in me…Death Cab for Cutie’s Passenger Seat is one of those songs. I wrote a 10-page synopsis to it.  Another is Gavin Rossdale’s The Skin I’m In. There’s a Moby song, an Alex Clare, Ed Sheeran, Econoline Crush, Pusicifer, Michael Bublé… and the beat goes on. ;-)


If you think I'm too biased, go read my boy Jordan's review over at his blog HERE 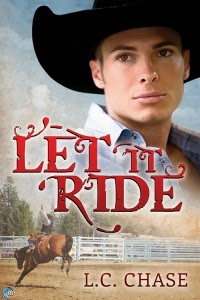 Let It Ride
by LC Chase

Pickup man Bridge Sullivan is the kind of cowboy everyone wants—as a brother, a friend, a lover. People think he’s straight, but Bridge isn’t one for labels, and when a sexy male paramedic jumpstarts his heart, he charges in with all guns blazing.

New York City transplant Eric Palmer grew up in foster care. While he always had a roof over his head, he never felt love or a sense of belonging . . . until he joined the California rodeo circuit as a paramedic and found a band of brothers who took him in as one of their own. Now, one in particular is making Eric’s pulse race.

When things heat up between Bridge and Eric, Bridge has to prove to Eric he’s not just experimenting with the rougher sex, while Eric must overcome his fears of being unwanted and cast aside. He knows that trusting Bridge may be the key to his happy ever after, but getting in the saddle is much, much easier than learning to let it ride.

Cover artist by day, author by night, L.C. Chase is a hopeless romantic and adventure seeker. After a decade of traveling three continents, she now calls the Canadian West Coast home. When not writing sensual tales of beautiful men falling love, she can be found designing book covers with said beautiful men, drawing, horseback riding, or hiking the trails with her goofy four-legged roommate.

L.C. is a 2014 Lambda Literary Award Finalist for Pickup Men; a 2013 EPIC eBook Awards Finalist for Long Tall Drink; and a 2013-2014 Ariana eBook Cover Art Awards Finalist. She also won an honorable mention in the 2012 Rainbow Awards for Riding with Heaven.

Book News Things and a Cover

Hey all! Long time no talk! I try not to ramble y'all ears off too much over on the blog since I'm sure many of you see me blabbing off around the web on Facebook and Twitter enough to make some of you want to throw shit at me. So I thought I'd catch y'all up with what's happening with upcoming releases, etc.

So Allison Cassatta and I have completed 2 novels in the last month and while one (Teaching Professor Grayson, 75k words) is currently with Dreamspinner right now being reviewed, the 2nd (We Found Love, 65k words) is with the betas and we should be sending it off to the publisher soon.

I'm Hard at work on my spin-off of Wood, Screws, & Nails (Screws, Nuts, & Bolts, which is Greg's story). Hope to have it in to DSP by June's end. Meanwhile I've embarked with a friend of mine as the first release from their new publisher, that title being Wages of Sin, which was originally slated for a July release and has been shifted back to a September release (we've changed the GoodReads page to reflect the change).

So in the meantime, I'm announcing that I'll be dropping a novella in July called Keep Swimming. It's a light summer read.... Ok, who am I kidding? There's also my usual dash of complications thrown in the mix. So without further adieu, I give you the cover by the absolutely fabulous LC Chase, who never ceases to amaze me. 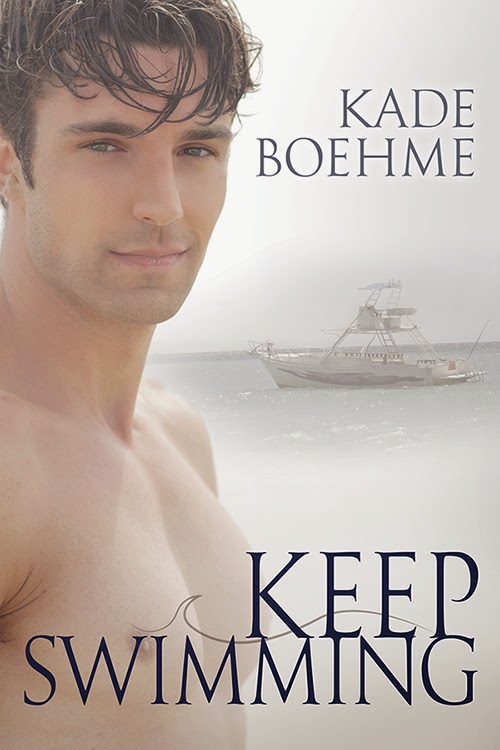 After his partner of four years dumped him with a
pregnant surrogate, Cary Whitmore was forced to play single
parent while starting up a new business. With the
dog bakery now semi-successful and his son healthy,
Cary thinks he may be ready to love again.

Heath Cummings is trying his damnedest to get
his charter boat service off the ground and dreams
of one day soon being able to quit his job as an
offshore driller. Paying off his dream requires
making it through a couple more years, which
means being openly bisexual isn't in the cards just yet.

When the two take their flirting to the next level,
Cary wonders if he cant handle another guy who might
take off, while Heath has to decide if he can risk
his dream of a laid back life—and giving up his long-held
and much enjoyed bachelor status while taking on a child
when being a father was never on his to-do list.
Will they sink, or will they keep swimming?

Hey guys! My girl Allison Cassatta is selecting 5 winners and they get to choose a book from her backlist. Y'all should totally head over to her blog and get in on this!

And stay tuned for news on our co-authored release, Teaching Professor Grayson.

Meanwhile, I love you all. Good luck on the giveaway! Much good news coming soon!