Borrowing Trouble is with the editor and getting ready, it's coming in October! Thought I'd drop a little blurbage on you guys. Cover reveal is Monday October 5th at Diverse Reader Blog along with my EFFING CRAZY giveaway! Soon, we'll start up those Word Wednesdays and Snippet Sundays to gear up for Landon & Jay's book. I'm SO SO excited. Until then, here's the blurb:


Borrowing Trouble
by Kade Boehme
After an amicable divorce, Jay Hill decided to move back to his rural hometown with his teenage kids. Being on good terms with his ex-wife and in laws has made the transition into single life pretty smooth. Things were good and uncomplicated. Then Landon Petty walked into his life.
Landon didn’t expect to still be stuck in his hometown working at his dad’s sawmill at this point in his life. Being an openly gay truck driver was as awkward in practice as in description. When Jay came to take over managerial duties at his dad’s business, Landon was surprised to find a friend. When Jay turns out not to be as straight as he thought, things get complicated.
When feelings for Landon shine a light on how much Jay’s life has been actually half lived, he’s forced to decide if he’ll jump in with both feet or if he’ll let Landon slip through his fingers.
AND now, a teaser:
“Landon,” Jay said on a breath. He swallowed again. “Touch me. Please.” He sounded fucking gutted with need, even to his own ears. Landon’s pupils blew and he reached out a hand, grasping Jay’s cock. Jay’s head fell back against the door with a thud and he moaned. “Jesus.”
“God, you’re so hard… for me.” Landon sounded confused. He may as well join the club because Jay didn’t know what was going on but he had to have more.
“Landon, please.” God, what are you saying?
It didn’t matter, though. Landon plastered himself to Jay and their lips banged together, almost painfully as they ate at each others mouths. Jay had never, ever felt this. This wasn’t getting off as a biological imperative, this was deep down, never-knew-it-could-be-like-this need.
AND a teaser for the cover: 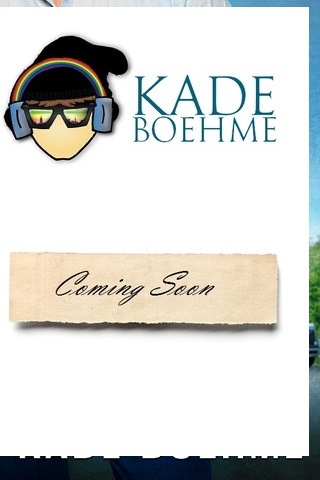 Need something to read at the beach this last long weekend? Both my crazy bestselling books Chance Of the Heart and Chasing the Rainbow are only 99 Cents at Amazon for the next 4 days (9/3-9/8)! So if you haven't read these, now's the chance (heh heh) to get 'em dirt cheap!