I decided to do something new this time. I HOPE it's something people will be interested in participating in and not just a bunch of "whatever Kade" haha. I'm doing a cover art contest for my next book, Simple Things, which will be released in January. I'm SUPER excited about the book and about this contest. (Just so you don't stop reading if you're a pro, I'm NOT trying to get a free cover, I will be paying the winner's usual custom cover & ad pack fee as well as giving prizes to the winner)

After 17 books and a few shorts, I have been fortunate enough to work with some of the most FABULOUS fucking cover artists in our genre (and tried out some from outside the genre). I'm a cover whore and a shameless cover snob. The packaging of a book, IMHO, goes as far toward selling a book as my name, the blurb, and reviews. It's the first thing readers see and I'm so privileged to have had so many wonderful covers. Our cover artists in M/M are so ridiculously talented. It's always so hard because they're awesome and I see new awesome artists and I'm like "Can I just do 15 covers?" But that could get pricey... and confusing for readers haha. So I thought it'd be awesome to see their ideas as well as ideas from anyone else who wanted to throw their hats in. I don't care if you're just starting out and you're trying to get your name out, if it's your first cover, or if you've been doing it forever: I wanna see your mock-up.

If you're interested, keep reading. The contest is running over the next 2 weeks, until December 7th. I promise I'm not a diva so I really am not terribly fussy with this. Cover art is your forte so I don't have a shit-ton of notes. If you're interested, the story / character specs are posted below in a cover request form style.

So, these will be a little rambling but... here goes. 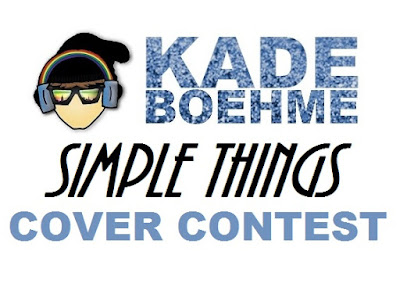 2) I tend to favor at least one model on the cover, love 2, but I'll look at anything. If a "concept" cover blows me away I'm all over it. From standard 2 models over a cityscape to single model being sexy to a picture of a tattoo, or personal art (ie drawing, digital art, etc). I wanna see YOUR take and what YOU can do.

4) I will be choosing the cover myself. No one aside from me will see your mock ups or your cover until I've chosen you and paid you.

5) Obviously, I don't expect you to spend money since it's not a sure thing, so I totally understand these may not be the final look b/c they may have watermarks, etc.

5) I may do the book in paperback so it'll help if you can do full covers and maybe FB banners, though it's not a requirement.

1) I pay you 100% of your usual fee, of course. (Anyone who does personal art or is good with teasers, I'd pay extra for those as well.)

2) I will pimp the shit out of you on FB, twitter, cover reveals, blog tour stops, and your name will be listed as a contributor on Amazon and in the book copyright page.

3) You get a $50 Amazon Gift Card from me, as well as an ARC of this book when they're ready, a print copy (if you want) and any other of my backlist books you'd like.

THE STORY: The gist -- childhood friends come home to stay on one's family horse farm in Tennessee, each because life's gotten complicated—one because things with his band are a mess, the other hiding from the fall out of his politician parents' sex scandal. Both are still finding their way, suffering growing pains, amidst coming out and insecurities. Both have many decisions to make, and while the bad boy and the virgin decide to embark on a mutually beneficial friends-with-benefits situation, their friendship becomes more, making those decisions harder.

SETTING: New York City & Chattanooga, Tennessee (most of the story in TN)

HERO I: Jeremy Beck: 24. Taking time off from his indie band because of personal issues amongst the members. Caught in a strange menage with male bandmate and his girlfriend. Was an addict as a teen, but now is clean. His parents disapprove of his wild child bullshit, which they consider typical rich boy angst.

Physical description from story: "He’d always had classic good looks, but now, at twenty-four, he was a walking wet dream. His shoulders and arms had filled out, as had his chest. His tight fitting white tee showed off a trim waistline and flat stomach. Carter was surprised, though, at the amount of visible ink the man sported now. Most every inch of visible skin had a tattoo. He had sleeves and knuckle tattoos. His neck was covered. He even had one swooping cursive word over his right eyebrow.
Carter tried his best not to stare, but as Jeremy walked through the kitchen in his skin-tight black jeans it was hard not to notice the nice swell of the man’s ass and his shapely calves and thighs. He still walked with a certain swagger that was all his own, and fucking sexy. His jeans were rolled up a bit showing off bare ankles above his ratty old converse that had been signed and doodled on with sharpies in every white spot available.
A dark James Dean with thick black hair and a rockabilly style, Jeremy was a trainwreck but he was one beautiful fucking hot mess."

HERO II: Carter Darling, 21. Politicians' son who took a bit of time off schooling in NYC and away from his parents' sex scandal to go spend time in his Tennessee hometown with friends. Amateur boxer, preppy, technical virgin who's JUST coming out. Because of parents' career is fairly goody-goody. His wild side is all in the ring, until Jeremy gets his hands on him.

Physical description from story: "Carter Darling had always been almost as precious as his last name with his soft face, marble smooth white skin that looked as if it never saw the sun, bright red hair in a short pompadour, and large, open blue eyes, and easy blush. Now, though, he seemed harder.
Definitely in the literal sense Carter was harder. His jaw had squared and his muscles were cut, not an ounce of excess fat to his strong, athletic frame. Jeremy knew Carter had taken up boxing and his training had definitely paid off. He looked older, stronger, and even more lickable than Jeremy remembered.
But he still had that shiny spark in his eye that was very Carter." 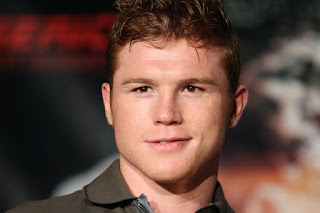 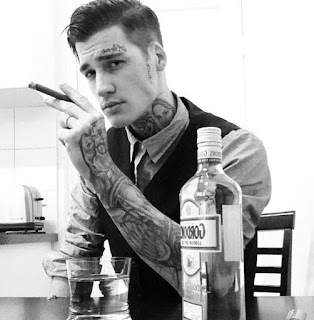 **I obviously do not own rights to these photos,
but used these men loosely for description
in the story. No, it's not Canelo fanfic. Also, I
understand models won't look just like these.

The winner will be chosen ON December 7. Don't wait til the last minute, though, if possible. That's 2 weeks for you to get anything in you'd like, and as much as you'd like. Please e-mail your mockups (can be more than one e-mail) and your usual price points/fees. I've paid the gamut of fees for covers so you won't scare me off, though a warning if you used original work that costs more from you will keep me from being like WTF?!


Looking forward to see what y'all come up with—assuming anyone even enters haha. THAT could be embarrassing. Either way, thanks for taking the time to read all this.

If you've not read some of my backlist or wanna force a friend to join the princess party and gift them a set, my Best Of box set is now available in eBook on Amazon! 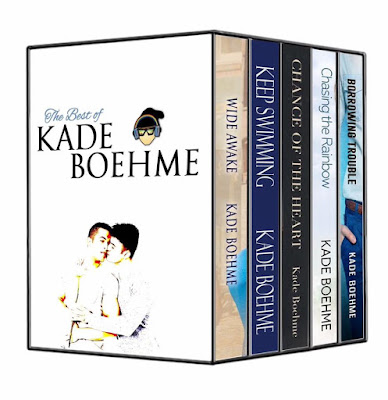 5 of Kade's Best Selling Books for only $4.99, including Proud Heart: a Chance & Bradley Pride Short for free!

Wide Awake: Attorney Tyler Marcus finds loves with an older man, coffee shop owner Mark Riley. Aside from their age difference, things are complicated by the fact Mark is the father of Tyler's best friend.

Keep Swimming: Cary Whitmore was left holding the ball with a new business and a pregnant surrogate when his ex walked out on him. He finds the possibility of a new future with sexy oil rig engineer and boat captain Heath Cummings. That is, if Heath finally comes out.

Chance Of the Heart: Chance Beckett always did what good boys in his town did, followed the path already taken. But when his girlfriend calls for a break so they can figure themselves out, the return of Chance's old friend from the horse show circuit leaves him twisted up... over a man. For the first time, Chance sees what his life could be if he's willing to take a chance of the heart.

Chasing the Rainbow: Bobby and Jody were both in long term relationships with women, both coming out later in their lives. But between family trouble and Bobby's unwillingness to commit, finding happiness at the end of the rainbow isn't easy.

Borrowing Trouble: When Jay Hill moves back to his rural hometown with his teenage kids in tow, his friendship with Landon Petty—his boss's son—was welcome. But eventually, Jay's feelings for Landon deepen and his life takes a turn he never expected.