I’m going to ramble but I’ll get there. 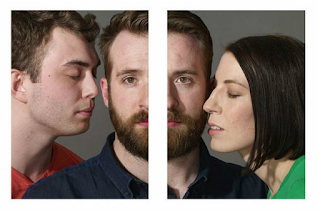 I had a conversation once with some friends about bisexuality in general and they seemed to be of two mindsets when it came to bisexual men: 1) "We all came out at 14-18 saying we were bi b/c it was easier for our parents to take, so it's hard not thinking that out bisexual men are still just saying it to appease their parents." Heh. "The bi train to gayville, the stop is ultimately the same." 2) "Bi guys are for fucking around with, but I don't even date gay men who've slept with women b/c I don't like that thought." Number 2, I'll admit when I was younger, I also had problems with. There's the insecurity we all seemed to share in our teens / early 20s that any guy who'd been with a woman—even openly gay—might decide that path would be the easier life if parental acceptance and kids were that way, and the openly gay path we were on (because all of us were southern gold star gays, btw) led toward family estrangement, job discrimination, etc.


I think it's different with age, because you understand the difference in sex and sexuality. I also think geographically it can be different because of social mores in the are in which you live. Not that being LGBT isn't difficult everywhere, but in the Southeast / Bible Belt it was its own mine field. I think the "pick a side" mentality was stronger because those of us who lost everything when we came out thought bisexual people were straddling a fence because it seemed like some guys and girls would be allll up in the gay club getting their freak on, then you'd hear about a fight with mommy or daddy and they're suddenly in a het relationship, back in church, and engaged, reminding you loudly "I always said I was bi."


Mostly, I'm saying gays should be ashamed of ourselves. I think we hetero-washed (and white washed) everything in the Marriage Equality fight because we were essentially attempting integration, normalization to make gays more palatable to the every day American. We forget that the rainbow is all those different colors and we all should feel safe under it. That’s on us older gays, and the generation before mine.


We still have the sins of our closeted pasts to get over, too, though. From the 70s-early 2000s, AIDS was SUCH a force in people’s homophobia. SO MANY parents’ first response to a kid coming out was “But you’ll get AIDS.” I think everyone sees this tremendous amount of momentum that occurred in the last decade and forget that before it, gay sex was still ILLEGAL in several states until Lawrence v. Texas decision was handed down in 2003. Even the staunchest advocates are stunned how far we’ve come since that decision came down 12 years ago. 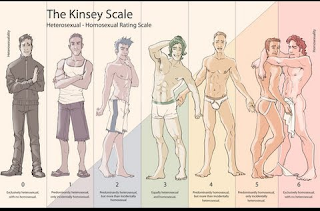 Mellennials were really the first generation in which coming out, slowly, wasnt a HUGE deal. But, oddly enough, ask kids 5 years older than me and it’s a VASTLY different story. Coming out in 2000 vs coming out in the year 2006 was still hugely different. Whereas, in my peer group and younger, most every gay man I’ve known, personally, was gold star. We didn’t have anything to prove to ourselves, we didn’t have some pressure to marry—but that’s generational as well, the idea you must start a family right out of high school, so that may have helped. But pre2k gays seem to have a very different experience in that regard. (This in no way is saying gays today have never slept with a woman, i’m just saying my personal experience is that it’s less often not, esp in younger gays, because of differences of expectations of parents [we were to think about grades, being successful, rather than when we should get married, etc, so we caught a break with excuses not to go fucking someone to cover our asses])


But then, we grew up. And some of our only slightly older contemporaries were coming from totally different experiences and… It threw us for a loop. That’s also adulthood, in that you may be dating a divorcee or someone’s baby mama/daddy. TOO MANY FEELS. I mean…


But, us millennials who just...were out and got it from an early age, forgot some gays still came from homes / areas where it was okay. For real, when my college boyfriend said he wanted to fuck one of our female friends ‘just to make sure’ IT DID NOT COMPUTE. Then I dated a slightly older guy, who had a huge circle of female friends, and he’d slept with every one of them. Now, he was older by 5 years so he could get that concept of sex vs sexuality. I wasn’t quite so… enlightened yet. It drove me nuts. I mean, bat shit crazy. Some of it, of course, is that there are plenty of Kinsey 5 homos who can put it anywhere but only date men. It’s ignorance up to that point in my life. And really, for me and the friends I talked to, it was also our views on sex in general, our religgious upbringings, our parents monogamous ideals.


We held on to that so long, older gays who’d been burned by the boyfriends who left for the girl they knocked up—because that was way more a thing then than now,though i know it's still a thing, the guys who couldn;t fathom coming out in 1996 who married—it all seemed selfish, cowardly, and the word “bisexual” was just some stupid term people used to justify being a dick. IN OUR MINDS.


Well, the tide turned, sexuality became a broader conversation and we discussed it more openly and honestly. Even the last two years I’ve heard new terms for sexuality that at 16 would have had my mind short circuiting. But, like heterosexual folks, the more I grew to understand sexuality and its many nuances, I felt like a total tool, because my friends and I had been just assuming those closet-cases of yesteryear were representative of what “bisexuality” truly was. Oh, the number of times one of us said “I can see women being bi, but it makes no sense in guys.” I’ll admit it, I’m ashamed.


I think it’s Utopian that the future generation will just say “oh, it’s okay to love anyone—or any 4, for those polyamorous— despite their skin color, gender identity, or sexual history” because humans will ALWAYS have insecurities and always have hangups, it’s in our nature. “If he likes vagina AT ALL, will he decide that he was kids the ‘old fashioned way’ or feel he’s missing something with me?” isn’t JUST about bisexuality / a gay who lost his gold star, i think that goes equally with human insecurity, because even married folks sometimes wonder if they aren’t enough. BUT, the sexuality part adds a whole crappy dynamic.


I think the discussion about bisexualty would largely be helped if gays started working on some of our past bitterness, if we’d put down our defensiveness over closets and the need to “pick a side” as well as working on our heteronormative picture we tried to paint. While the war for equality is still raging, many battles are won and it’s time to start working within the community to make it better, to help ourselves grow and understand because slowly, the world is becoming more accepting of us as a group, but we’re failing each other on the inside.


We gotta stop talking about gender fluidity and bisexuality like it’s a choice, because for us to run around saying we didn’t have a choice and reminding straight folks they didn’t have either, we use their “choice” against bisexual people all the time. Because we give younger gays those words and thoughts, when we could honestly start changing the conversation. We won’t change an 18 year old’s ability to fathom every sexuality, but we’ll at least maybe convince one at a time that sexuality is a grey area, sometimes, because for so long, we taught it in only the two shades of black and white.


It isn’t the “bi train to gayville”, it’s about love being love. Let’s stop shaming each other, letting people figure out who they want to fuck, who they want to love, and where they fit in the rainbow with out inserting our own tired old shit into the equation. After all, that’s how we accepted ourselves in the end, letting go of the bullshit of our parents’ generations. Your bisexual friends shouldn’t have to say “I only date other bisexual people because they get it.”  I don’t only date gay men “because they get it.”


The older guys, gals, & those in between, though, get your shit together. It’s bad enough when people who considered themselves straight for their whole lives realize they may just be bisexual and they have to deal with what het society throws at them. But I’ve grown angriest because I’ve met too many people who thought they fit in the “gay label”, only to realize at 25 that they might be at least a Kinsey 4 or 5 and didn’t want to get shat on by the gay community and their gay / straight friends because they suddenly don’t. That’s shameful. Hell, I even get sideways glances for liking het porn. That’s stupid. You’re causing as much damage and taking the joy out of someone’s human experience because they don’t fit what YOU think of as gay / bi.

BUT, I also ask people who don’t fit in the black & white, to also remember that it took evolving of society and our parents and our churches to get to this point just with LGBT rights, so have a little patience for your younger LGBT folks, because no one gets all this right out the gate. Think how long we’ve been discussing and learning about ourselves and each other and sexuality and sex and letting go of old thoughts. It's not fair, but it's how people work, how we learn.

*This is from my personal experience
and what I've known, as well as my friends,
not speaking as ALL gay men's rep.

Images are not mine.
Posted by Kade Boehme at 2:10 PM 3 comments: