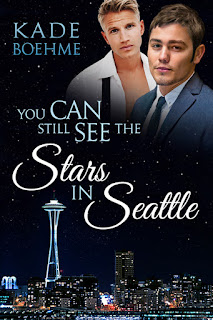 When Andrew Riley arrives in Seattle to work at an underprivileged school at the request of his cousin, Amanda, he finds himself sharing accommodations with her current boyfriend—his estranged high school friend, Jacob Chase. Living in close quarters and working with Jacob at the school brings Andy’s old crush on Jacob back to the surface, but for the same reasons then as now he can’t let it be known: Jacob is straight, very uptight in his morals, and now involved with Andy's cousin. Add to that the fact Andy's guilty over a betrayal to a lost love because of his infatuation for Jacob and he's convinced he shouldn't tempt fate.

Jacob Chase has loved Andy since he knew what it meant to be attracted to someone else, but nothing scared him more than when he thought Andy might return that love. Denying his feelings broke his heart, but there was no way Jacob could accept his homosexuality. So he did what all good southern boys were brought up to do: got married and had a child. Only that led to him cheating, his wife running off with their son, and Jacob trying to atone for his mistakes by living the straight and narrow with Amanda. But with Andrew is back in his life can he keep up the facade? Can finally surrendering to love show him where his future really lies, or will it destroy his chances of ever having his son in his life? Can they both get over the hurt they've caused in their search for one another?
Posted by Kade Boehme at 2:59 PM