So I been a writin' fool lately, y'all. Got another novella coming. It's humorous-ish and ansty-ish in the same style/length of A Little Complicated. My girl Allison Cassatta pimped out an awesome cover. So cover and blurb time! 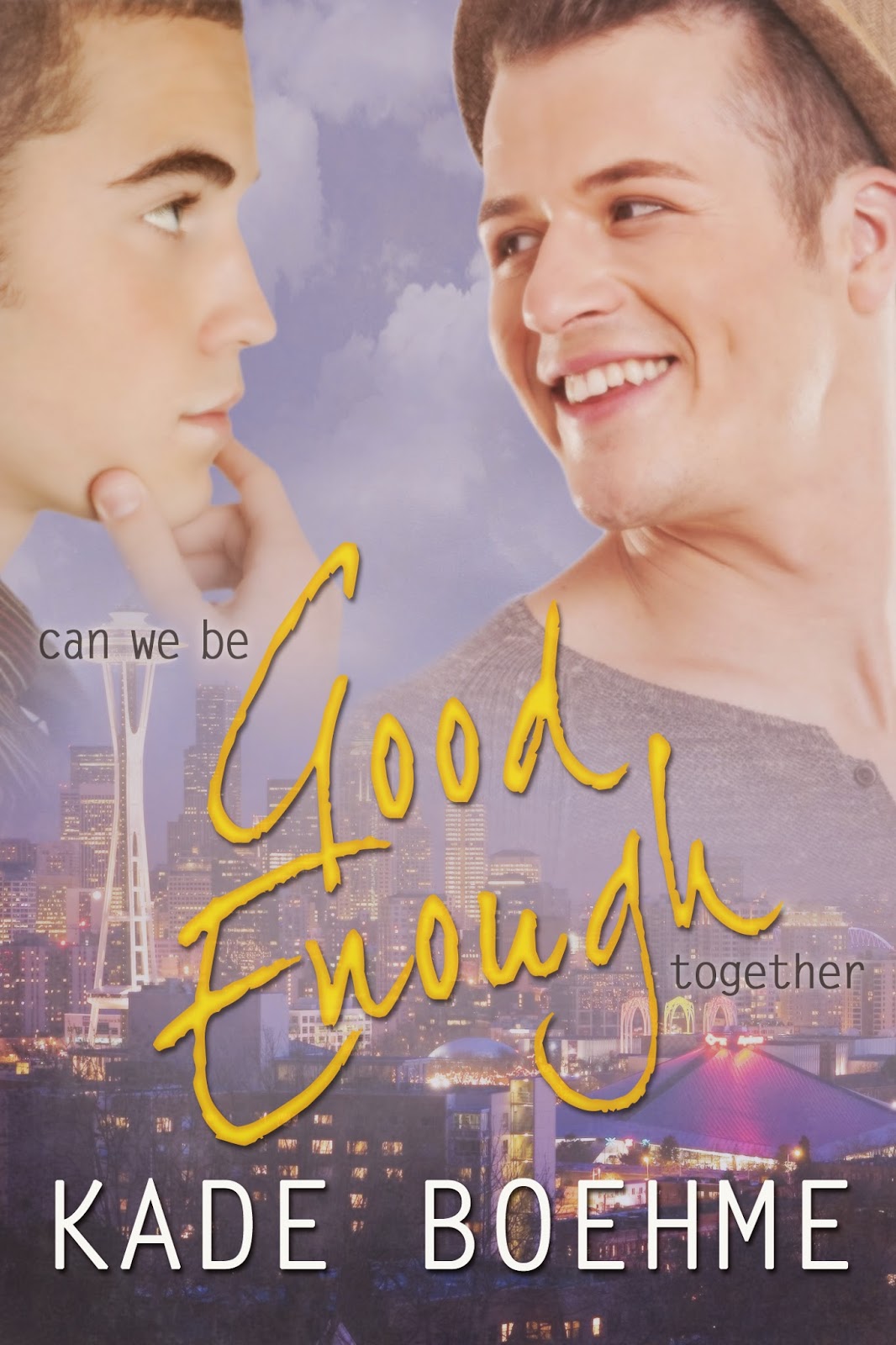 After three years in Chicago, Payton Grady returns home to Seattle to take a job as a paralegal in his friend’s law firm. After arriving, he sees a gorgeous club kid who accidentally leaves an interesting scarf behind at the bus stop. In a silly attempt to locate the owner, Payton’s best friend places an ad on Craigslist. Two years later, Payton and his friend are shocked to receive a response from the erstwhile club kid—his ex-boyfriend from college.

Noah Di Cicco has been wracked with guilt since college when he crushed Payton. His insecurities destroyed their relationship. Six years and the experience of a rock bottom have changed Noah.

Payton is drawn to Noah and how much he's grown. Now that Noah knows he’s good enough for love, both men remember what they had, while moving past the hurt they caused each other so long ago. Maybe they can be good enough together.