We're almost there guys! Putting the finishing touches on Going Under. Now it's time for the cover reveal!! So, LC Chase has outdone herself yet again. 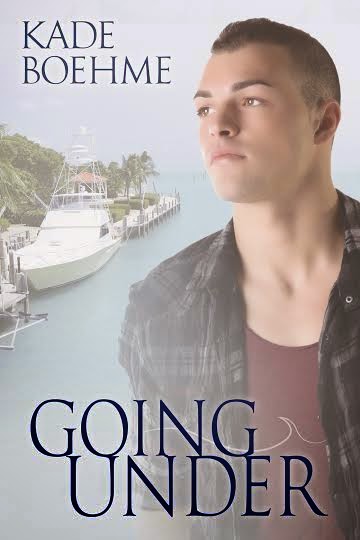 GOING UNDER
(Keep Swimming #2) by Kade BoehmeEx Coast Guardian Kyle Bevins is a joker, a friend, and unlucky in love. His friends know he’s a good guy to turn to if for nothing other than a much needed laugh, but he rarely heeds his own advice. He’s content as the new co-owner of his friend’s charter fishing company in Pensacola Beach, Florida, but he’s missing the companionship of having a significant other and tired of the old hookups.

Eddy Jiminez is unlucky, period. He’s been dealt most every negative consequence of being gay. He’s also an ex-con, so he figured he’d play it safe, keep working hard and trying to forget that it was men he craved. But when he meets Kyle, he can’t stop going back for more, but tired of the lies and hurting, he doesn't want to give Kyle up.

Kyle would do anything to keep Eddy from drowning again, so he decides to see him safely into the big world of being Out but a past connection may ruin everything. Will there be a second chance for both of them, or will their relationship go under?

Add on GoodReads
Posted by Kade Boehme at 1:22 PM