Another Snippet Sunday for Teaching Professor Grayson! [Pre-Order Here] or [Amazon]. Holy crap! It's the last weekend because we release the coming up Friday (November 21)! *squeals*. So I saved Christian's big reveal for last. The guys are hanging out, going to one of CJ's favorite beach spots to have a moment to discuss where they stand. It's the beginning of ... well... THEM so things have been a little up in the air. I love this moment... 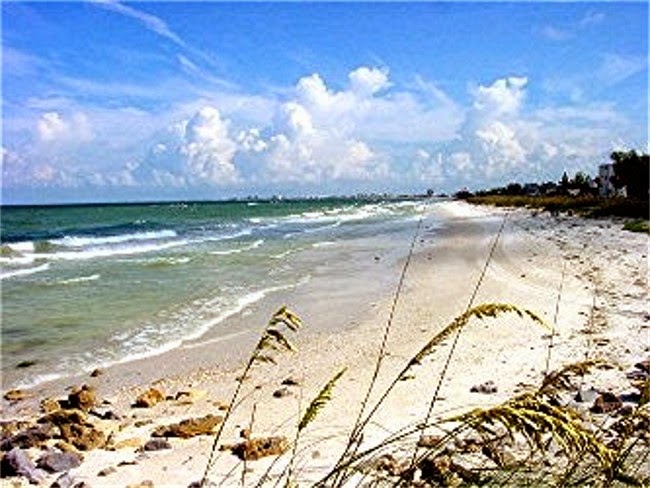 Aside from the occasional direction from CJ, they both remained quiet. The silence wasn’t entirely uncomfortable, but it wasn’t easy by any means. CJ, inquisitive by nature, often asked questions some found socially unacceptable in their lack of couth, so he was trying his damnedest not to bludgeon the answers he wanted out of Christian. But dammit, he was sick of the angst. The longer the road stretched on, regardless of the drive west on I-4 and south on Highway 41 only lasting twenty minutes, the tighter CJ’s chest had grown from stress and utter confusion as to how he should be feeling.
But Christian had been clear. He’d rejected CJ’s advances. He’d drawn a line in the sand. They were teacher and student. CJ had told him to leave him out of this midlife crisis, yet here he was in the car with him. What the hell was he thinking?
“This it?” Christian’s question snapped CJ out of his inner fuckery.
“Oh, shit. Yeah. This is it.” He pointed to the parking area.
Christian cleared his throat, causing CJ to look his way. A glare greeted him. “Oh, shit. I mean… shoot,” he said lamely. “I know. Language.”
Christian gave one more disapproving glare before smiling and rolling his eyes.
CJ was so glad when the ignition was switched off, he practically bounced out of the car. He loved this beach. It wasn’t flashy since it was on the lower side of the bay. It didn’t have quite the same smell as beaches farther north up the panhandle, or the same white sand. But the sun was just as perfect here, and the air was just as magic. There was something about Florida for CJ, and for all his distaste for people who didn’t wish to expand their worldview, he couldn’t imagine wanting to be too far from home, from the beaches and the people.
Christian fell into step beside CJ, and for the first time since they’d left the school, CJ was completely in his element, much more comfortable.
“Want to hit the vendors for some food?” CJ pointed toward the side of the parking lot, where a few cars were parked and people milled around in their business suits by food carts, seeking a break from their offices around the area.
“Only if you’re hungry,” Christian said. Then he nodded back the other way, toward the water. “I’d rather head away from the people. If that’s okay with you.”
CJ studied Christian carefully. He seemed uneasy. CJ nodded and started down the path to the beach. The wind hit his face gently, and he hoped the atmosphere would serve to calm Christian as it did him. When he stepped onto the sand, he removed his shoes and made his way down to the water. He waited quietly for Christian to catch up.
After a moment of silence, CJ glanced over at Christian whose toes were also dug into the sand, head turned up toward the sun, face relaxed. CJ was almost overwhelmed at how fucking young the man looked in that moment. He didn’t know whether to smile or cry for Christian, but he was desperately glad to be there.
“I see why you wanted to come here,” Christian said, voice wistful. He sounded genuinely content, and the change was refreshing. When he turned his squinted gaze away from the clouds, CJ saw the peace in it firsthand. “You’ll be proud of me. I hope.”
CJ wasn’t quite sure what to say. “Oh?”
“Yeah. I found a therapist.” Christian rubbed the back of his neck. “An LGBT friendly therapist.”
CJ definitely fumbled, but… “Good for you. Really, Christian.” And he meant it. He was so glad Christian was getting help. “I’m glad. I wish I’d been able to… I don’t know what I wish. But good for you.”
“You did plenty. You’re the reason I went, actually. No one has ever talked to me like you did, and it stuck.” Christian snorted. “Boy, did it stick.”
“Seriously? I was a complete dick to you—”
“Stop. Okay? I needed someone to be a… a… a dick to me.”
“I wasn’t saying you didn’t deserve to be treated like a dick. Cuz you were one… but….” CJ couldn’t stop himself from laughing at a forty-year-old man being hesitant to say the word dick. “Really? Dick? What do you call your own?” Oh. Hell. Had he said that out loud?
Abruptly averting his gaze, Christian took to rubbing his neck again. Were his earlobes really turning red? “I um… I can’t think of a time I’ve talked about it. I, um… haven’t done the deed.” He looked back at CJ. “You know….”
“Whoa.” CJ choked on the word. “Wait. You’re a virgin? Isn’t that like a movie thing? The 40-Year-Old Virgin?”
“Oh, you’re funny.” Christian rolled his eyes. “I promised to save myself for the person I fall in love with. It’s a personal choice. But that’s kinda not the point here.”
“Well I feel like a slut now. Thanks.”
Christian threw up his hands, shaking his head in a fierce “No,” eyes wide and mortified.
CJ started laughing his ass off and shoved Christian’s shoulder. “I’m just fuckin’ with you, man.” He kept laughing at the glare he got in return.
“Language,” Christian chastised, which only made CJ laugh harder.


That does is guys. I hope y'all enjoyed and I really can't wait for this book to be released. It was such a pleasure to write and I think CJ and Christian are among some of my favorite characters I've written. So you guys hit up the pre-order links at [Dreamspinner] or [Amazon]. And happy reading!