Today is the day. I took a poll to see if I should early release and—surprise, surprise—it was overwhelmingly decided (see THEY MADE ME!) that I'd click that old publish button. So I did. And now Ase & Jase are live.

Since I still had some snippets left, I thought I'd leave you guys with a final snippet and follow that up with the buy liks. <3 Thanks for sticking around, and for being so awesome while I did my thing with Ase & Jase.

In this snippet, Ase & Jase have finally called a truce, spending some time together. Jase's taken Ase to a cool place to take some photos and the afternoon is kind of a revelation. 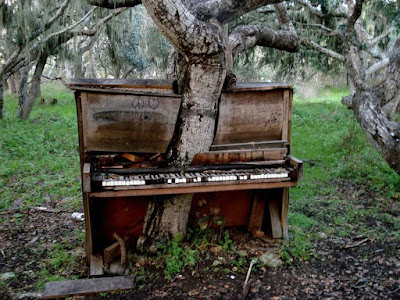 “The bike safe here?”
“Oh, yeah,” Jase said. “No one comes out this way.”
“We’re here,” Jase retorted, flatly.
“You’re an ass, Ramirez,” Jase said with an equally dry tone.
Ase turned his well-shaped ass Jase’s way and looked over his shoulder as he rubbed it through his black denim. “It’s a nice ass, gringo. Don’t forget it.”
“You really gotta get more original than gringo.”
“I can’t help you’re so white, hombre.”
“Because that’s more original.”
“Give me time. I’ll come up with something more to your liking,” Ase said, with a wink. He started digging through the saddlebag and lifted out a smaller bag. Opening that bag revealed the Nikon Jase remembered. It was fascinating watching the concentration with which Ase inspected and readied his camera. The man was fucking sexy whether he was teasing or deep in thought. Which Jase didn’t find fair because it was getting harder and harder to ignore the pull Ase had always had on him.
Jase suspect that the sad look in Ase’s eye would put bigger mean than Jase off, but over time even Ase’s melancholy endeared him to Jase. But some of that darkness had drained out of Ase’s eyes. Jase didn’t think it was all him, but if Ase felt anything like Jase did with their renewed friendship, he’d like to imagine being in Jase’s company helped in some way.
“Ready?” Ase asked.
“Just waiting on you,” Jase said, tapping his boot impatiently, teasingly.
“Excuse me.” Ase bowed dramatically at the waist and held his hand out. “After you, Princesa.”
“Don’t call me that, either.”
“I can never please you,” Ase said, shaking his head woefully.
Jase lead the way, cackling a little at Ase’s being so silly. It was nice to see the silly Ase again.
Finally they rounded the trees that led to the small ghost town. It had long since stopped being popular with tourists, because all but a few buildings had been reclaimed by the forest. But the main street was well preserved and a few of the false fronts still stood.
Birds perched on some of the buildings, whistling merrily, and the sun peeked through the trees in such a way the area felt magical to Jase. He’d always loved coming here. And he was happy to be able to share it with Ase.
He hadn’t heard any shutters from the camera so he looked back to spot Ase. The happy, childlike way Ase took in his surroundings made Jase’s heart clench. It was almost like Germany again when Ase started testing boards and stepping up on porches.
“This is great,” Ase said.
Jase smiled to himself, watching Ase whistle back to the birds, who stayed perched on the false fronts, eyeing him warily.

Then Ase turned Jase’s way, smile broad and face a little flushed with happiness. And he stole Jase’s breath.

Ase was beautiful, and the years seemed to have dropped away as the sun shone on him, his happy expression open and less tense than it had been since they’d started hanging out again.
And fuck if Jase didn’t feel himself falling, no matter how stupid that was. 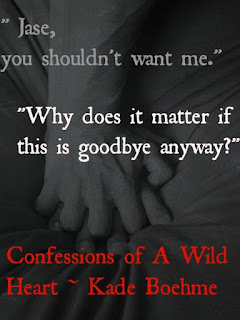 Email ThisBlogThis!Share to TwitterShare to FacebookShare to Pinterest
Labels: Ase and Jase, Teaser